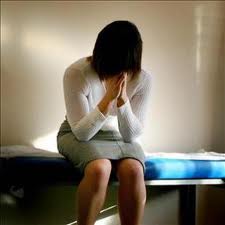 A 15-year-old girl was repeatedly raped by a man who attended her church. She was found to be with child, shipped off to another state. There, she was counseled to place the child for adoption, and a loving, church-approved family was found. Got it?

Years passed. Young woman grows up, finds her voice, realizes she can speak. That it wasn’t her fault. That it is never the fault of a 15-year-old girl when she is raped by a man twice her age.

That the time she was made to confess in front of the congregation her “adultery” as if the sex had been consensual was, in itself, a violation.

At long last, the rapist (his name is Ernest Willis) is arrested, tried, convicted, and sent packing for 15 to 30 years.

The pastor of the church is named Chuck Phelps, and somewhere along the line he was appointed to the BJU Cooperating Board. Turns out he knew about the rape at the time, but chose not to act decisively, chose not to insist on a criminal action against the rapist. Under the carpet, into the closet with it, was apparently his idea for the best way to deal with a situation in which an adult man has forcible sexual intercourse with a youth group member. (Pastors, a hint: this is not the correct solution.)

As the case went to trial, rumblings, thunderings, and outcries were heard. Chuck Phelps needed to resign from the cooperating board. He refused to do so. BJU did not pressure him to resign, but waited.

Just so you’re aware, when these sorts of things happen in “The World,” the person is sacked instantly. Maybe with pay, maybe without. Maybe a “voluntary resignation” is “accepted.” Maybe it’s more unilateral, more top-down. The thing is, you have to act swiftly or you risk tarnishing your image. In many cases, it doesn’t matter if the person ends up having actually done the thing in question—the important thing is to guard that very precious thing: reputation.

Ah heck, I’ll say it. When it comes to reputations, BJU needs to watch out. We humiliated ourselves for decades over the silly dating rule. The entire country had to focus a laser-beam of disapproval at us for that bad boy to get thrown out.

(I came to chapel the day after Dr. Bob III went on Larry King and announced The Rule had been tossed. When Dr. Bob walked into the Amphitorium, everyone stood up and clapped. Maybe a teeny part of that was relief—“Couldja please not make it embarrassing to go here?”)

Finally, this week, there was a board meeting, and Chuck Phelps resigned.

Here’s how I want to imagine it: Dr. Stephen Jones, who is in constant physical distress (and for whom we should all pray daily, and I call you to do so, as he is desperately, desperately needed), gets wheeled in, points a long, shaky finger at Dr. Phelps and says, “You? Here?” in which his meaning is: “Are you kidding me? Why why why why do we have to be going through this humiliating, constant agony?” at which Chuck says, oh, sorry, I thought you were standing behind me, turns tail, and runs.

He should have been sacked the moment this whole thing came up. In fact, before it all became known, Dr. Stephen Jones should have had a letter from Dr. Phelps informing him that “Due to a very painful situation in my church, it is impossible for me to continue my work for the Cooperating Board.” He should not have waited one second.

We should not wait and wait and wait and wait until it becomes physically painful for the words “Yeah, I go there,” to come out of kids’ mouths. We would never treat our children’s peccadillos this way: we act swiftly, actively, creatively, and with effect. We don’t treat the faculty like this: someone is accused of a time/place/manner indiscretion, and oh-my-goodness, they’re not welcome on campus for a year. Kids get thrown out for going to a movie (or they used to), for smoking, for drinking.

Okay, but this isn’t my whole point. My whole point is that the Throw Chuckie Out crowd is out of control. Now they want to regulate the heart of the matter. They won’t be happy because it wasn’t done sooner, or with certain words or whatever.

Fine. But what I don’t want to see is a feeding frenzy, because frankly, probably all kinds of nonsense goes on at school, like goes on at every other school. And yes, a policy needs to be implemented, firm things need to be said, but if we let this get out of control, the inmates (read: disaffected alumni) will swarm the asylum, wanting apologies for everything from Junior’s unguarded demeanor to being terrified by being asked to pray in front of 6,000 people on Day of Prayer. “Say Sorry For The Discipline Committee” will be a new Facebook page. Someone will admit: “I was the one who pulled the fire alarm so I could escape the Vienna Boys’ Choir Concert: Down With Required Artist Series.” (Tim LaHaye has a story about doing something illegal with the dorm plumbing, but I can’t remember the details. Still, it would make a good Facebook fan page: “The Flood in the Graves Basement: No Wonder I’m Afraid of Being Left Behind.”)

So, yes, it’s true that this thing wasn’t handled right. The dating thing was handled horrendously also in its time, but it was handled. The apology for past racial policies was handled badly, late, only after a huge petition push, but it was eventually and graciously handled. There are still things to handle. Still things to change. Lots of things aren’t right. Women and minorities are shamefully underrepresented, for one. (“Looky! There’s a black lady on faculty!”)

(I still shudder from the underrepresentation thing. You try being 19 and the only girl in Dr. Bell’s graduate Systematic Theology class.)

So, yeah, this episode in if-you-smoke-you’ll-be-shipped-but-if-you-cover-up-rape-you-can-stay-on-the-cooperating-board-until-you-decide-to-resign is over, what a relief. Next time, let’s act more swiftly.

Next time—listen up, people—if it’s you embarrassing my school, making me cower all over again with some lame, Southern or racist or sexist or whatever-ist thing: if it’s you, please be gracious and quit. Leave. Go. It should not be the University’s job to cover for you, to make you look good. It is your job to make them look good.

And yes, since you’re asking, I have a whole bunch of awesome ideas for how the University could up its image and move along into the early 21st century, and I think many, many things need to be done, but they need to be done with grace, with time, with love for the old folks who think about skirts and ties and syncopation and slippery slopes. People need to be gracious about change, but swift and effective when it comes to nonsense like we just saw here.