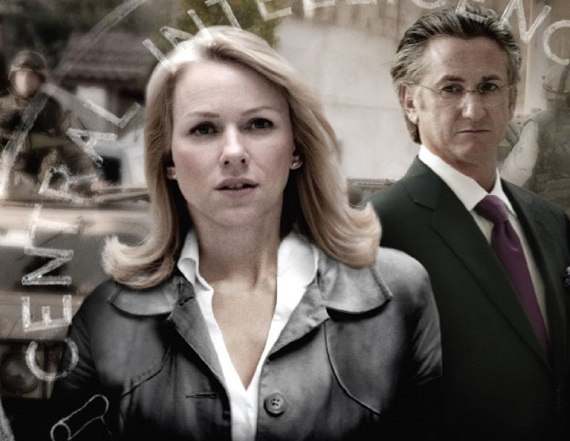 In the rancorous two-party system in which we find ourselves, even seeing a movie designed to make President George W. Bush look bad can bring people from certain circles  into disrepute, let alone writing about it.  But hey, I’m nothing if not a risk-taker, so here goes.

Fair Game is a disturbing movie about America’s war in Iraq. Sure, it’s also about the disgraceful outing of CIA operative Valerie Plame,  but the main question asked in the movie is not, “Did Scooter Libby (or Karl Rove or Robert Novak)  screw up?” but “Did we have any real basis for shocking and aweing these people out of their country?”

The irrelevant question of Saddam’s general culpability for mass murder and the flip-side question, “Don’t you see that regular Iraqis are far better off now than they were?” are untouched. What is touched is this searing question:  Did we have the goods on Iraq or didn’t we?

That’s the question posed by this film.  I’m no operative (at least I can’t admit to being one), but I’m thinking that even illegal identification of spies is a foreseeable occupational hazard of working at Langley.  It’s not enough to make a movie out of.  So although the movie is called Fair Game, because Ms. Plame was declared “fair game” in the attempt to smear her husband (and, presumably,  because she is a lovely woman and also “game” in this hunt),  her identification is not the central point of this movie.

This movie is about why we went to war in Iraq.  It’s about Joe Wilson—Valerie Plame’s husband—who took a trip to Niger and found that there was no evidence of a reported sale of 500 tons of uranium to Saddam for use in his supposed nuclear program. When President Bush announced that there was such a sale and that on account of this sale we had weighed Iraq in the balance and found them wanting a good bombing, Mr. Wilson lost his cool, wrote up the facts about the non-existent uranium sale and published the piece in the New York Times.

In retaliation for this bit of Bush-whacking, Joe’s wife, Ms. Plame, is identified in the national press as a CIA agent. Her cover blown sky-high, all her numerous overseas covert operations are compromised, including the evacuation of Iraqi nuclear scientists from Iraq.  America abandons these men and their families to sure disaster and then bombs Baghdad’s lights out.  The Wilson-Plame marriage frays around the edges, then unravels as Joe insists that Valerie defend herself, while Valerie says, “It’s the White House, Joe. Do you think you can stand up against the most powerful men in the history of the world?”

In the end, Scooter Libby—the fall guy in the Vice President’s Office—is indicted, convicted, and sentenced for leaking Ms. Plame’s creds, and the President commutes the sentence, so no harm done.  To him. Scooter scoots off scot-free, except for the $250,000 fine, which he presumably can pay out of the royalties from his mass market paperback thriller, The Apprentice.

Sean Penn as Joe Wilson is at the top of his game. Naomi Watts  as Valerie Plame is lovely and convincing.

If you’re a Democrat, you’ll love this show. If you’re a Republican not overly-drenched in tea, you can probably see it, but if you’re a talk radio devotee, my friend, do yourself a favor and stay away: you’ll give yourself an aneurysm.