In my capacity as a member of the Board of Directors at BJUnity*, I have occasion to think about how Christians interact with (or fail to interact with) their gay friends, co-workers, and children. I’ll admit my thoughts are rudimentary, but perhaps they might be, for all their simplicity, helpful to Christians who learn that someone in their circle of influence in gay. Particularly, if the person is one of their own children.

Treat your gay kid with at least this much grace. He or she came out of your body and loves you. Anderson Cooper is thinking, “How long do I have to stay here with this person just because they won the CNN caption contest?”

When thinking about great Americans, do you leave out Sally Ride and say, “Oh yeah, she was America’s first female astronaut, but we’re not talking about her because she was a freaking Lesbian”? No, you do not. You put up her poster and talk about her as a great American woman who blasted through the glass ceiling of NASA like it was nothing but space. You discuss her PhD in physics, her work on the Challenger commission, her space missions. You don’t throw her contributions out because she had a 27-year-long partnership with another woman.

Treat your gay kid with at least this much respect. He or she wants your love and longs for your acceptance. Would you have shaken hands with Tam O’Shaughnessy, Ride’s partner? Shake hands with your own kid’s partner.

If you could be on NPH’s new show, Best Time Ever, would you? Or would you say, “No way, never. It creeps me out even to think of being near a man who is married to another man. I would throw up. I can’t get out of my mind the images of what they are doing to each other”? No, you would go on the show. You would have fun. You would laugh.

Allow your gay child at least this much access to you: to have fun and enjoy family moments as you would have fun and talk about (forever, and you know it) how much fun you had on NPH’s show, were you ever fortunate enough to get on.

And, of course, I’ve saved the best for last.

If you could meet Mr. Sulu. I repeat: If you could meet Mr. Sulu, would you, dear Christian trekkie, say to him what Christian parents say to their children, “I will never speak to you again! You’re not welcome in this house! You’re going to hell and God can’t save you. Your grandmother will die in shame because of you. I hope God brings you to your knees in disaster. You can’t see your siblings ever again!”?

You would not. You love George Takei and you want him to love you. You would speak kindly. You would recount your happy memories of a certain fencing incident. You would assure him he was and always will be far better than John Cho could ever hope to be (even though you are highly appreciative of Mr. Cho’s performance, darn that pesky external inertial dampener). You would shake Mr. Takei’s hand and you would shake Brad’s hand, too, were it offered to you. You wouldn’t say anything that remotely referenced their intimate relationship or what you might think it entailed.

In short, you would be an adult.

Granted, these things are more difficult with your own child. You never had hopes and dreams for Neil Patrick Harris. You did not imagine specifics of Sally Ride’s wedding. You never worried that your own parents might think ill of George Takei’s marriage choices. But you are still an adult, and you are still a Christian, and you can exercise prudence, compassion, and kindness.

You can keep communications open.
You can express love without prefacing and couching and following-up with “you know where we stand.”
You can shake hands, chat about the weather, exchange holiday and birthday gifts, inquire as to your child’s and your child’s partner’s/spouse’s health and job.
You can congratulate people on promotions, raises, graduations, new babies, and marriages.
You can be there.
You can stand between them and those who would be cruel.

No one is saying these things would be easy, only that they ought to be done.

They don’t have to be done perfectly. After all, people will crawl all up your business if you’re kind to your gay child and his/her/their partner/spouse. People will shame you and say you are “condoning sin” if you don’t cast stones and hurl aspersion. You may be shunned. You may be talked about. They might say you have walked away from the faith, that you can’t be saved, that God can’t love you if you love your gay child, that you never really were saved at all if you could do such a thing as be kind, compassionate, and accepting of your own child who has come out to you.

Treat this person who aches for your love at least as well as you would treat a random gay celebrity who, if you ever did meet them, would forget about you before you had left the room.

*BJUnity is a group of LBGT and straight allies affiliated in some way with Bob Jones University. I am a 1981 graduate of BJU, a former staff member, and author of 11 books published by BJU Press, 3 of which are still in print. You can reach BJUnity at www.bjunity.org. 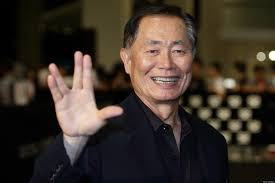