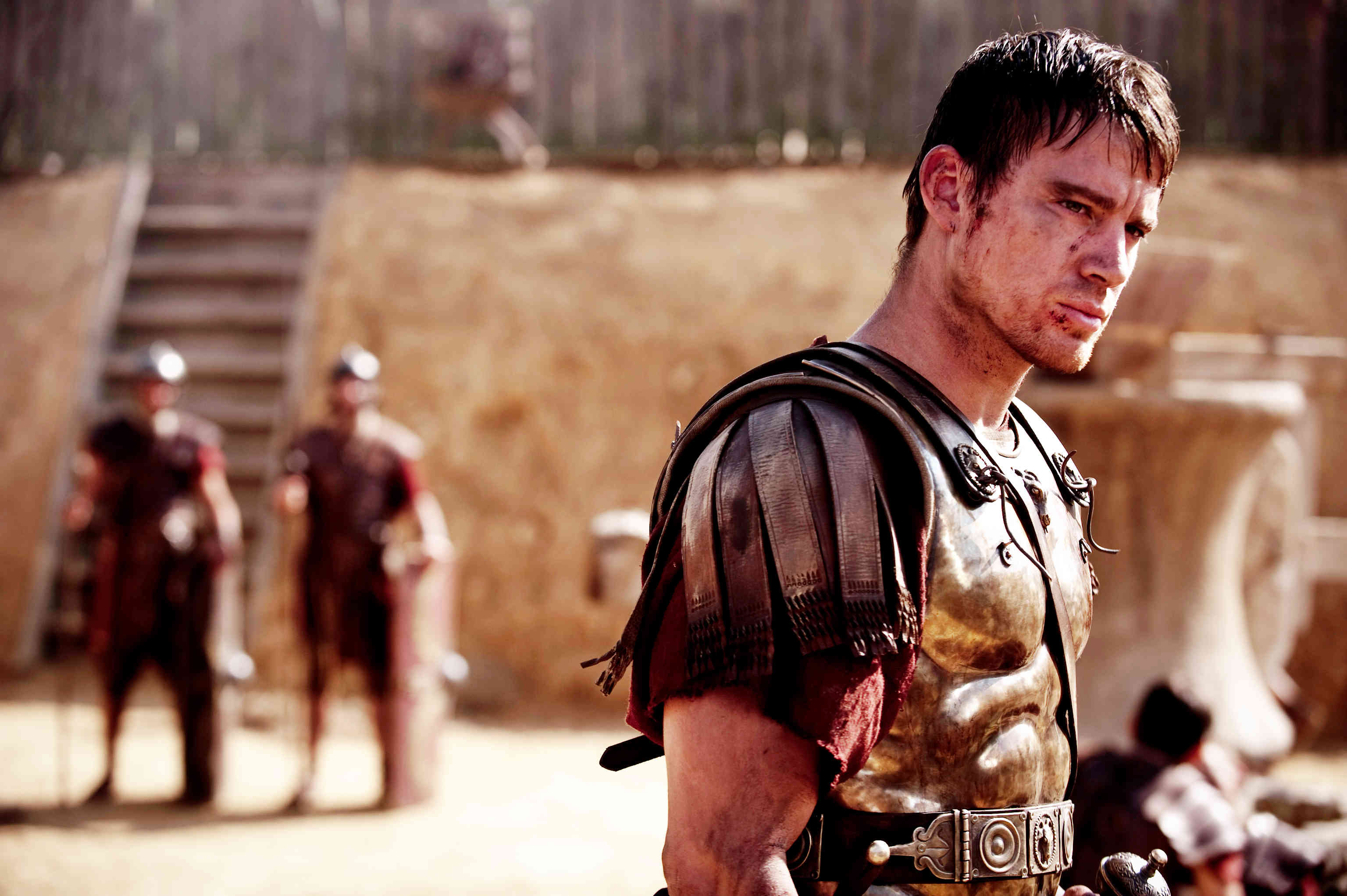 I liked this movie. All the pieces fit together. The story is nicely conceived and plotted, the motivations are on the money, the quest is real and believable. The scenery is stunning. The characters are well drawn, well developed, and beautifully acted. The music is lush and pulsing. The end is a bit corny, but touching.

But there’s something missing, and I can’t put my finger on it.  Maybe it’s the way the Roman soldiers speak in informal American with lots of contractions and authentic emotions. Usually Roman soldiers are staid, don’t feel pain, and speak in thees and thous. These men don’t. They sweat, get dirty, are afraid, and wish their fathers were alive. They have hopes and dreams. They want their eagle back.

Whatever it was that was missing (let me know if you figure it out), I liked this film a lot. The lessons that could be drawn from this film are powerful.

Here’s the story: The 9th Roman Legion ventured to the north of Britain in A.D. 120. They were never seen again, and their standard—the Eagle—was thus lost, to their shame. (The eagle is a gold-colored metal image of the noble bird that would have been affixed to a pike and carried into battle, much as later soldiers would carry flags.) Someone says: “Eagle lost, honor lost; Honor lost, all lost.” I wouldn’t go that far for an inanimate symbol, but then again, I will never conquer an Empire.

Twenty years pass. The son of the 9th’s Commander comes to Britain. Against the advice of his uncle, ridiculed by the Roman army, and accompanied by just one slave, Marcus (Tatum) ventures north to find the Eagle and to learn, if possible, what became of his father’s legion.

They arrive at Hadrian’s Wall—the northern limit of the Roman Empire—where they are told their mission is impossible, and that they will not survive. Marcus demands that the gate be opened for them, and he and Esca the Slave ( Bell) pass from freedom and safety into a very dangerous, probably fatal, unknown.

Here, my heart was gripped, because this is the truth of the Christian life, is it not? To live fully for Jesus, you must pass from what is known. You must leave your self behind—all that seems safe, all that seems real—and you must even turn your back on people you love who want the best for you and therefore think you are wrong, crazy, and doomed. (You are not turning your back on them in rejection: you are turning to what you must do for Christ.) As you walk through this gate, you enter the unknown, the impossible. If you do not do this, you cannot follow Christ, you will not see His purpose for you, and thus you will not fulfill it.  No, I did not begin singing, “The world behind me, the Cross before me,” but I thought about it.

In the wild north of Britain, Marcus and Esca do find what happened to the 9th, they do meet up with some fearful terrors. We see nobility, self-sacrifice, love, and patriotism. Grippingly, we see this from those on both sides of the issue, and we in the audience cannot forget that the “enemies” are the ones whose land the Romans have occupied, and that they have suffered grievously under the rule of this people who had ventured to Britain for (really) no good reason.

Still, we root for Marcus and with good cause. The end is nice, if a little silly.

A couple of other things: last week I saw (regrettably) SANCTUM, a bad movie with a fatal flaw: mercy killings.  Interestingly, in SANCTUM, there is a scene where a man is horribly wounded, and will probably die. He is lying on a small patch of dry ground surrounded by water. He begs his son to drown him, presumably so that he will not suffer a long, painful death. His son holds his father down under the water, murdering him.  A few minutes later, the son swims out to safety, and there are people there! We think, “Oh no! There’s a chance he could have gotten help for his father!” But no, it’s too late.

In THE EAGLE, a man is horribly wounded, and will probably die. He is lying on a small patch of dry ground surrounded by water. He says to his companion, “You go. Leave me here.” His companion says, “No, I am going to get help.” In case you were wondering, this is the correct way to resolve this scene, and is one of the reasons that THE EAGLE is a far better movie than SANCTUM. Another way in which EAGLE is better than SANCTUM is that I cared about the characters. I wanted them to live. I wanted them to win.

One other teeny-tiny thing: THE EAGLE has redeemed Hungarian filmmaking for me. THE NUTCRACKER in 3D was so very awful that I thought I would not be able ever to sit through another Hungarian production, but much of THE EAGLE was filmed in Hungary, and a great part of the credits is list after list of Hungarian names. So, hurrah for the Hungarians. They made a good movie. Again, it’s not great (something is missing, I don’t know what), but you will come away from it with interesting ideas, and you will not feel that you wasted your money. As noted in my NUTCRACKER review, I am 1/4 Hungarian Jew. As these lists of Hungarian names went by, I said to my husband, “Do you see any Goldbergers?” Then after a horrible moment, I realized why not…certain things happened to Hungarian Jews after my great-grandparents came to America. “Never mind,” I said.

This is a battle movie. There are no side love interests. It would probably work for teenagers who will enjoy the fighting (graphic, but not close to HENRY V, which—admit it—you love), but also be able to benefit from the lessons of faith, nobility, self-sacrifice, and redemption. If your kids/students are up to it, you could also work in a little discussion on imperialism. I could see a nice feisty little argument on whether exporting civilization to curb rank paganism is a worthwhile endeavor. Get them to argue both sides. There are also the slave/master and patriot/traitor questions that could be worked on with this movie.  It’s PG-13, and that’s probably about right. I might wait until 15, but I’m a stick-in-the-mud, if you couldn’t tell.

One thought on “THE EAGLE, starring Channing Tatum and Jamie Bell”