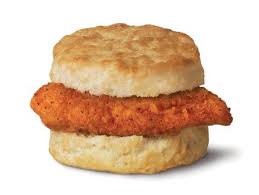 We have hit a new low in the Christian church in America. We have played out a spat about morality in the most junior-high way imaginable, with the whole country watching. We have shamed ourselves by doing so.

Here is a rule of thumb for future tiffs about morality: imagine a football stadium filled with fans. One side decides it is going to show off its team spirit and begins shouting, “We’ve got spirit! Yes, we do! We’ve got spirit. How ‘bout you?” You know the shtick. The other side responds in kind, only louder, maybe with a wave. This goes on until people get bored and sit down or until something happens on the field to distract people from their cheering. Got it? Now, if your participation in a moral spat reminds you in any way of the stadium cheer-fight, you should wonder if you are behaving in a mature manner. You should wonder if you are “as much as possible” living in peace with all men.

We had a foretaste of this current discussion a few years ago when a young woman stated that she was for “opposite” marriage. She said this on a large stage in front of a large audience. Because she spoke inarticulately and took a position that offended a judge—and perhaps because the other contestant answered better—she failed to be crowned Miss USA, a title to which all Christian young women should aspire, I’m sure. Christians rose up in defense of the bikini-clad, breast-enhanced, underage underwear model for her “Stand for Christ” until the real game on the field resumed—that is, until she moved in with her football player boyfriend prior to her wedding. Ooops, never mind—score one for the people who call us all hypocrites.

Enter Dan Cathy, you know who he is. His family is worth over a billion dollars, and he’s an evangelical Christian. They run a fast-food company, so obviously there won’t be any bikinis in this story. This is your honest-to-goodness One-Percenter with (apparently) no salacious backstory. He comments to a reporter that he is a supporter of opposite marriage, only he says it better than the beauty queen, perhaps because he wasn’t worried about the possibility of wardrobe malfunction.

The battle lines are suddenly drawn in the grease. People “take a stand” for chicken. For sweet tea. For waffle fries. We go on Thursday! They go on Friday! YES WE DO and here it is! A WAVE! (Lines around the block—twice!—restaurants running out of food! The Cathys doing a happy dance for winning the marketing-strategy-of-the-year award!)

Then, something happens on the field—the pastor of First Baptist Church in Hammond, Indiana—you know who he is: he’s Hyles’s son-in-law and successor—GOES TO JAIL for transporting a 16-year-old girl across state lines to have “consensual” sex with her. We find a video of this FREAK polishing his shaft with astonishing vocals that make us cringe, that make us realize Meg Ryan was an amateur, that make us want to curl up in tight fetal positions and die.

Before we dig holes and try to disappear, we send out Facebook messages to all our gay friends (Christian and not) and nonChristian friends saying, “No, no, really–I know I said this last time something horrible and embarrassing happened, but really this time, you gotta believe me: That’s not Christianity!”

See, there was this group of people who wanted to know what Jesus would do when faced with sexual sin. So they found someone in the act of committing such a sin, and they threw her down in front of Jesus (who by the way, was minding His own business—He wasn’t out scouring Palestine for sinners. The Bible says He knew all men’s hearts—He knew everyone was the same. Everyone is a born sinner.) and said, “There! Look! SEX SINNER! Condemn her!”

(You know the question you always hear here, “Where was the man?” Well, maybe it was a woman. Humor me, and let’s pretend she was caught with her lesbian lover.)

And He just doesn’t. He just doesn’t do it. He writes on the ground with His finger, don’t ask me why, but the prevailing answer you always hear is that Jesus is writing down the sins of the Pharisees, from the eldest to the youngest, to wit: “Haggard—homosexual prostitute; Schaap—asportation of teenage lover across state lines; Long—soliciting sexual favors from young men; Kruger—rape of 13-year-old babysitter . . . “ (okay, I get it, you’re afraid because I’m getting to close to people you actually know.) And as Jesus (supposedly, we don’t really know what He’s writing) writes out “masturbates to internet porn” and “sexually abuses wife” and “sexually starves wife” and “lusts after acolytes” and whatever else, the men walk away and the woman (that perverted sinner!) is sitting there alone at the feet of the Savior, and He says, “I don’t condemn you either. Go and sin no more.”

He doesn’t take sides. He loves sinners. He doesn’t shout louder. He open hearts. He doesn’t join a crowd: He sends the crowd away and talks with the woman.

This isn’t about free speech—this is about you got to have a large sweet tea with your spouse without ever wondering what it must be like to never get to do that. You got to have a fried chicken fast-food sandwich (add your own mayo) with giant queues of people from your church without even wondering about that boy in the youth group, how he must feel, how this must crush his spirit, how he will now never ever be able to ask you a question or come to you for counsel. You got to go out to lunch and call it taking a stand and you got to have fries with that.

(I wish I could listen in on media planning sessions where one says, “Wasn’t it fun to jerk those Christians around like that? How shall we amuse ourselves with them next?” Why do we fall for this? A man with a billion dollars is not “persecuted” because someone disagrees with him! Pass the strawberry lipgloss, because we’re all a bunch of junior highers.)

4 thoughts on “A THOUGHT ON EATING CHICKEN FOR JESUS”